According to a report by “Flurry Analytics”, India is in the top five countries for mobile gaming. United States, India, China, Brazil and Russia are the top five countries, in that order. These top 5 countries drive 50% of all gaming sessions in the world. The report also says that the real gaming addicts are from Europe, specifically Sweden and Netherlands with both spending 31% of their mobile sessions playing games. In 2017, 222 million active users in India have spent an average of 42 minutes of playing games every day over 5 sessions and several gaming providers in India are now kicking their services up to a notch because the future looks too promising for online games. “As much as 89% of all game revenues in India were generated by mobile games,” said Rohit Sharma, founder of POKKT.

It was written in the report that, “Three years ago, arcade, casual and brain games were driving 55% of all gaming sessions. Since then, we have seen substantial declines in two of those categories: arcade and casual games. Arcade games, which accounted for 24% of all gaming sessions in 2014, decreased by 34%, and casual games by 50%. The declines of those two very large gaming categories were a key factor for the overall game session downturn within the last two years. A lot of those sessions simply dropped and were not spent on other gaming categories.”

Cards and casino games are on the rise:

Cards & casino and fantasy games have seen a great rise across all three gaming categories: Editor’s pick paid and 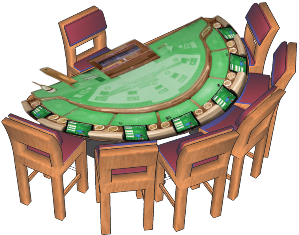 free on both play store and app store. “Sessions grew by 22% since 2014, and the category now accounts for 15% of all gaming sessions. Separately, the growth of smaller app categories is driving diversification for the industry.”

Seems like it is important for Indian app developers to tap into this potential. Since mobile gaming is the current cash cow, it is only wise to develop games that are on the rise. There are more than 340 million smartphone users in India and will cross 400 million users by 2020. People these days don’t have time to go in a brick and mortar institutions for games, so it is natural to provide them “on the go games”. And with the technology rising exponentially, the future of online games seems like a science fiction movie, where augmented reality and virtual reality will redefine the way mobile games are played, they already have begun.

The current state (Legal or otherwise) in India:

‘The Laws Relating to Fantasy Sports Games in India’ is India’s first report on the matter that was unveiled at IFSG’s GamePlan 2018. The high court recently considered that “Playing Fantasy games requires considerable skills, it’s not online betting”. It happened when a guy lost a lot of money in fantasy sports website fantasycricket.dream11.com where he created his own teams and lost betting on them. After that, he petitioned and demanded criminal prosecution of the company under the Public Gaming act, 1867. After hearing both parties, the court said that “Petitioner himself created a virtual team of the cricket match between two countries by choosing players who were to play for two countries collectively and after forming a virtual team of his own selection, knowledge and judgement, which is thoughtful will. He joined various leagues and after registration which was declared before participating, was not about the possibility of winning and losing. Like horse riding, not every bettor is a winner.”

The court also observed that Fantasy games of the company cannot be termed as gambling as it requires substantial skill to play these games. The company has protection granted under Article 19(1)(g) of the constitution.

After this, India Federation of sports gaming (IFSG) unveiled a report on “Legality of Fantasy Sports in India”. Harsh Jain, Chairman of IFSG & Co-Founder, CEO of Dream11 said, “We welcome the Court’s judgements which legitimize our format of online fantasy sports gaming in India as a ‘Game of Skill’. As we continue to grow exponentially, we believe that self-regulation is the way ahead for the online gaming industry. Committed to this, IFSG aims to collaborate with all stakeholders to protect the interests of Indian users by implementing best practices for responsible gaming throughout the industry.”

This clears the misconception of people believing that Fantasy Sports is just another form of gambling. And India has proved itself a good market for online and mobile gaming, and even for online gambling. This development regarding the legality of fantasy sports will only make the number of mobile games and players rise up. There were only 20 lakhs users in India in 2016 and in 2018 the number was over 2 crore fantasy sports users in India. The projections show that there will be well over 10 crores user of fantasy sports in India by the end of 2020.